As the northern hemisphere summer progresses the frequency of Hurricanes and Typhoons developing over warm tropical waters just N of the ITCZ will increase coming months. These massive weather systems are capable of completely disrupting your maritime operations. At Infoplaza we are therefore constantly on the lookout for organizing clusters of thunderstorms which form the cradle of these devastating wind and wave producers.

Our forecaster’s main objective: increase warning time for improved planning purposes and contribute to robust decision making. This way our customers prematurely know what they’re up against when a tropical ‘surprise’ approaches, enabling them to reduce potential damage to a large variety of naval operating systems and make sure that the crew remains safe at all times.

This abbreviation is commonly used within the meteorological work field to highlight the Intertropical Convergence Zone. This undulating belt of rather low pressure encircles the planet and represents the zone where trade winds converge, slowly moving north and south of the equator in response to the northern or southern hemisphere summer. Within the ITCZ itself winds tend to be weak and variable. Given the surplus of heat and moisture, as well as general upward motion combined with greatly unstable airmasses, it is probably one of the world’s most favorable environments for heavy thunderstorms.

Even though some of these thunderstorms seem to emerge randomly along the ITCZ, the majority is associated with disturbances in the lower or middle parts of the troposphere. These can be outflow boundaries whipped up by former thunderstorms, atmospheric waves induced by orography upstream or minor low pressure areas moving W along the ITCZ. They all share a similar habit: air is forced upward as long as the disturbance is present, enabling thunderstorm development for a prolonged period of time and over a substantial area; creating a perfect spawning ground for tropical storms.

Not every cluster of thunderstorms experiences upscale growth into a Hurricane or Typhoon though. This is usually caused by one or several missing ingredients disabling further development. Generally, intensification only takes place when the underlying water surface is at least 26.5°C over a considerable depth (~50m or more), vertical wind shear is weak and moisture aloft is adequate for supporting deep convection.

If these requirements are met strong vertical motions associated with latent heat release in thunderstorms can induce strengthening convergence near the surface, which on its turn triggers even more thunderstorms, enabling stronger and more widespread vertical motions etc etc. This feedback loop sustains itself and strengthens over time, using the underlying high SST as fuel. Eventually excessive amounts of air are transported upward by the ongoing convection, causing surface pressure to drop. In response to this gradual lowering of barometric pressure ambient air will flow towards it. A weak tropical depression is born.

If this happens when the ITCZ is close to the equator the premature low will probably fill and dissipate rather quickly as the Coriolis force curving the trajectory of air particles is negligible. Further north and south this virtual force is more pronounced, and air will start flowing towards the low in a more circular motion. For tropical storms to develop at least a 500km distance from the equator is required.

Now that we’ve got a tropical depression, processes leading to upscale growth can spiral out of control quickly. Aforementioned feedback loop remains intact as long as circumstances are favorable and as the circulation organizes and tightens around the deepening low wind speed increases gradually. A low producing sustained winds (1 minute average) of more than 33kt is upgraded from a tropical depression to a tropical storm and is named by several meteorological institutions.

When winds exceed 64kt we talk about a category 1 Hurricane. The scale goes all the way up to category 5 with sustained winds of at least 137kt. For a Typhoon, which is the same type of system but occurring between 180° and 100°E, similar thresholds apply but with different naming/scaling.

By now the circulation has expanded over the full depth of the troposphere and well-defined outflow is taking place aloft in order to compensate for the excessive amounts of air rushing in near the surface. Furthermore, a distinct centralized eye develops which is usually best defined in stronger Hurricanes. Directly underneath the eyewall wind speeds are at their highest while within the eye itself a surreal calmness unfolds. Sometimes large groups of birds and insects can be seen ‘captured’ in the storm’s eye. Surrounding the eye are several well-organized inward spiraling bands consisting of deep convective clouds, producing torrential rainfall and occasional lightning. 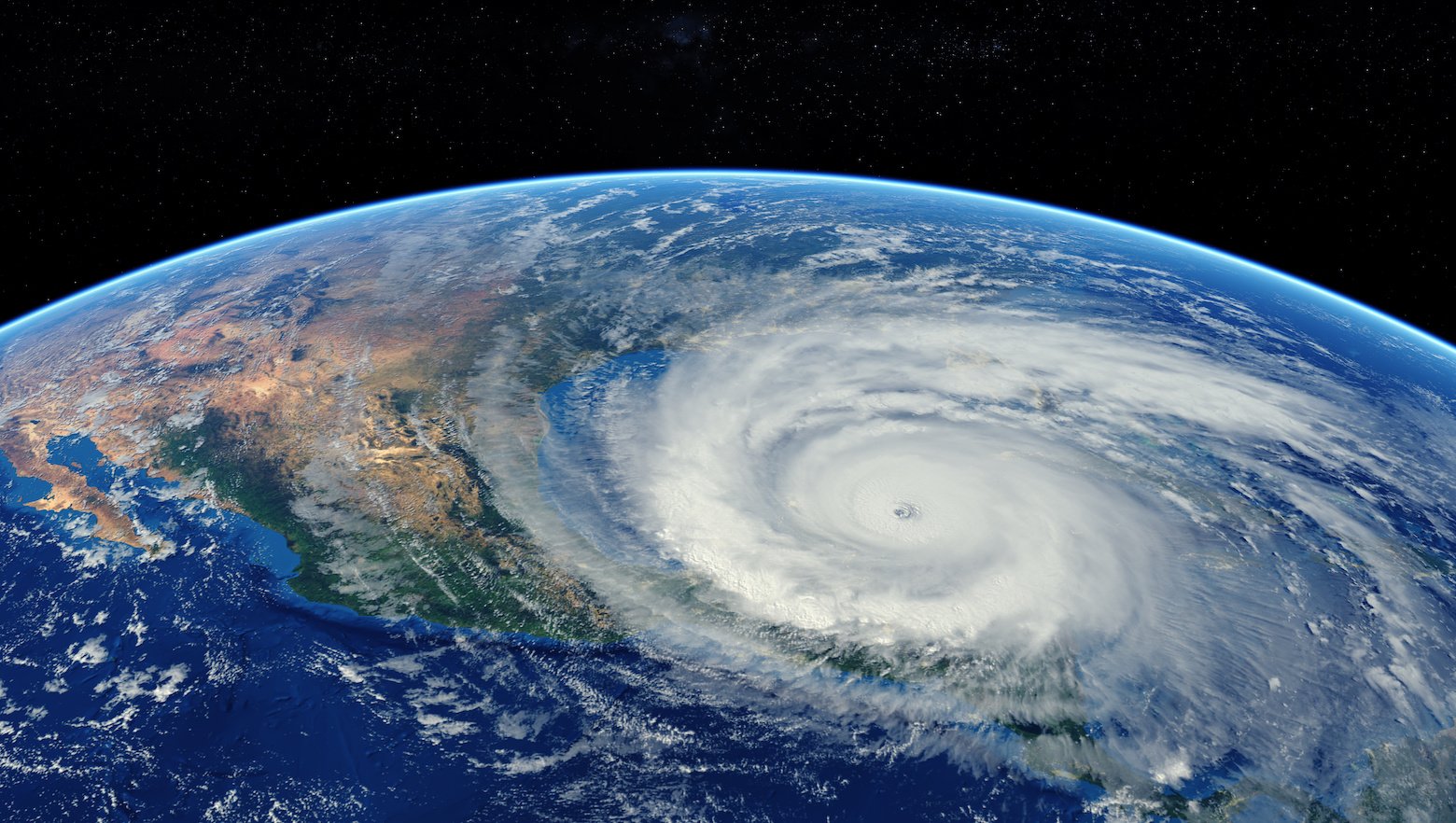 Even though a Hurricane or Typhoon is a very impressive weather system, in reality the circulation is highly vulnerable to minor ambient changes. When the system encounters lower SST, landmasses or dry midlevel air the positive feedback loops and sustaining processes can’t run for much longer and quick deterioration is inevitable. Increased vertical wind shear is also able to disrupt the vulnerable circulation. The latter can be compared to a clay vase on a quickly rotating disc in a pottery, being destroyed by centrifugal forces after displacing a part of the clay by an unfortunate movement.

Tropical storms and Hurricanes/Typhoons are one of few mechanisms which attempt to distribute heat more evenly across both hemispheres. Some don’t dissipate entirely after making landfall or arriving over colder water though, and may turn into deep extratropical depressions which, once again, can produce devastating winds on the midlatitudes as they interact with the polar Jetstream. This way the total lifespan of an (extra)tropical system can span several weeks. Enabling massive amounts of heat and moisture to be distributed as far north and south as the polar circles.

Tropical storms are, just like extratropical systems on the midlatitudes, the main producers of large swell systems which can travel many hundreds or even thousands of kilometers away from the parenting storm. Especially long-waved swells tend to survive long distance traveling as they travel fast, while shorter waves travel slowly and will largely dissipate due to internal interference and friction once escaping the direct influence of the storm (dispersion). 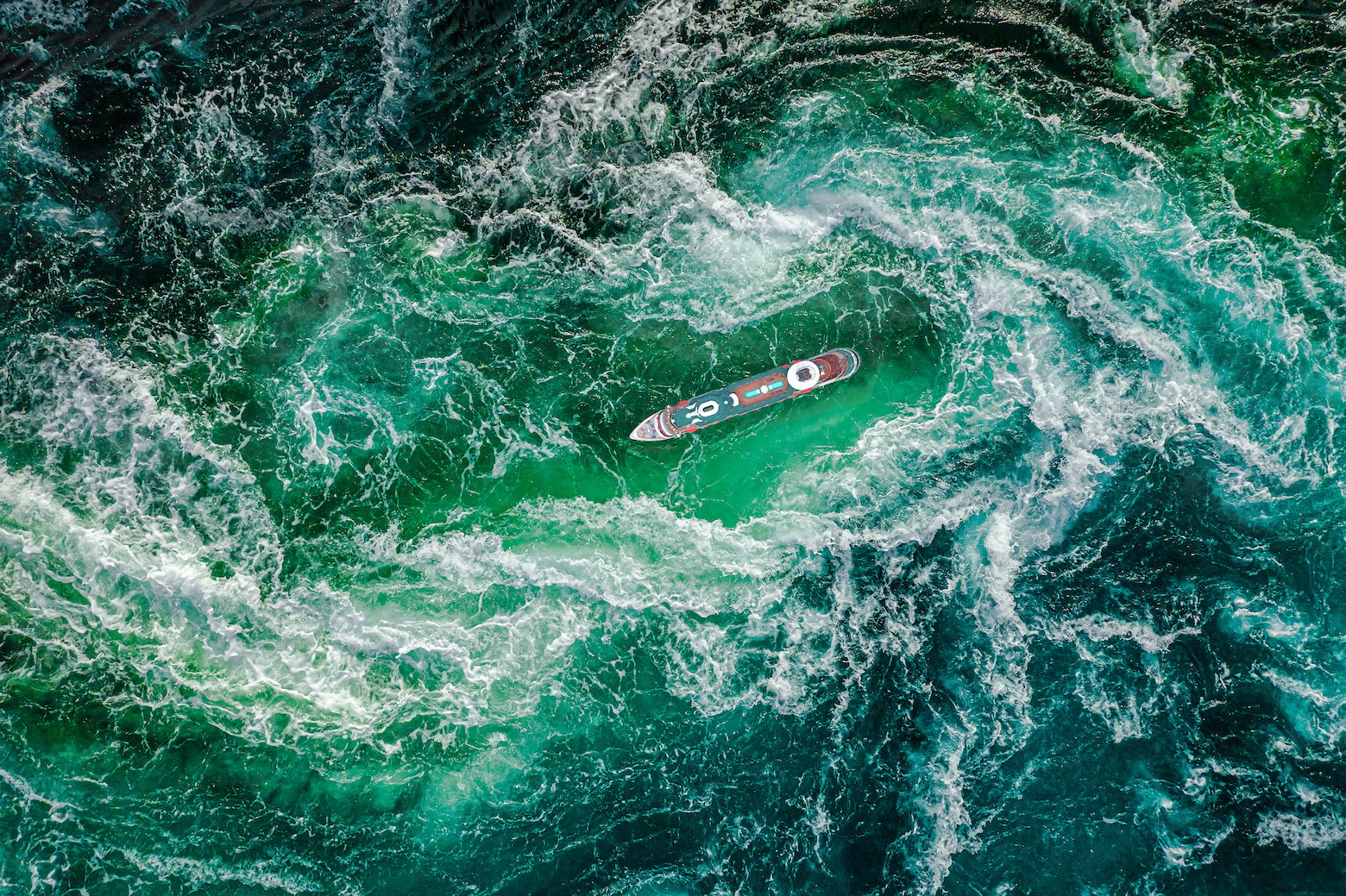 Another significant feature of tropical systems is the storm surge which usually remains confined to the direct environment of the storm. Due to the low pressure in the storm’s core, the water below experiences less atmospheric pressure and rises as a result. This dome of water isn’t an actual wave though but does travel along with the storm. To a certain degree there are some minor similarities with Tsunami waves. Both wreak havoc mostly in coastal waters as the water level keeps on rising without temporal withdrawal in between the waves. Wind waves however make up the largest part of the storm surge, sometimes easily adding 5-10m to Hs. The quadrant which houses the highest waves tends to be the one where wind and wave direction align with the storm’s track. So for the northern hemisphere this is usually the NE quadrant of the storm.

At Infoplaza we constantly monitor the (sub)tropics in order to prematurely inform our clients about the most recent developments. We run several high resolution in-house models which produce an almost infinite amount meteorological and oceanographic data. Enabling us to perfectly construct, forecast and display the path and intensity of tropical cyclones in several ways. So, are you curious about whether our services can contribute to the success of your operations? Feel free to contact us at any time.

Do you want to know more about how weather data could actually work in your advantage?  Read more about it in our free whitepaper How to reduce downtime in offshore operations. You'll learn more about how the right weather insights allow you to minimize non-productive time by switching from Plan A to Plan B in a blink of an eye.