Possibly significant wind events in the course of this week

The weather became more active since the start of February. There is possibly a lot more wind underway. This blog explains the potentially dangerous weather conditions at the end of this week.

January was dominated by high pressure systems over the North Sea. Resulting in calm weather most of the time. February however started already with gale force winds over a large part of the North Sea and there is possibly a lot more wind underway. This blog explains the potentially dangerous weather conditions at the end of this week.

A low-pressure system over the middle part of the Nort Sea moves rapidly to the north-east on Monday. Associated cold front tracks east over the North Sea and The Netherlands. There is a risk of gusty winds on the cold front, but the main risk for strong winds is in the course of the week. By then, the jet stream is located direly over the North Sea. The jet stream is a very strong ‘river of high wind speeds’ located at approximately 10 kilometers altitude. Due to the presence of those high wind speeds, air can rise from lower levels and low-pressure areas are able to form rapidly.

I would like to refer to our blog about the formation of low pressure systems, if you are interested in a more elaborate explanation of how low-pressure areas form.

Due to the presence of the jet stream, strong low-pressure areas are able to form in the course of this week. Figure 1 shows the synoptic situation according to GFS early on Thursday morning. An active low pressure area tracks E over the S of Norway. The black lines (lines of equal pressure, isobars red.) are located very close to each other over large parts of the North Sea resulting in strong winds and associated gusts. 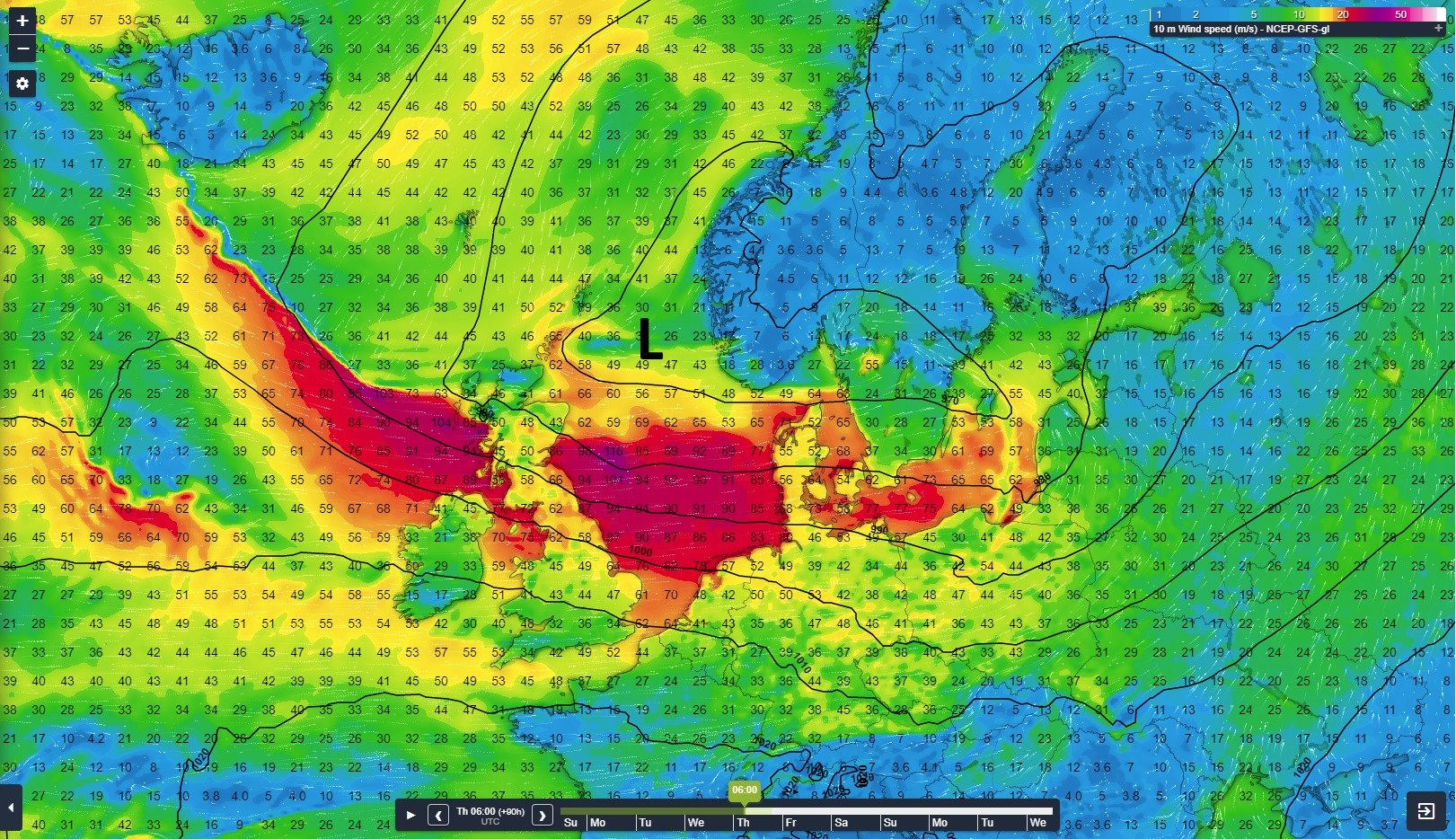 A new low pressure area forms possibly later during the week over the UK and tracks to the north-east over the south and middle part of the North Sea. There is still a large uncertainty in the track and development of this low-pressure area, but there is potentially a dangerous situation with a high risk of (severe) gales somewhere over the North Sea or in Northwestern Europe.

Figure 2 shows a possible track of the above-mentioned low-pressure area. Associated strong wind gusts are depicted in the figure as well. Please take the depicted wind speeds for your notice, since there is still a lot of uncertainty between different numerical weather prediction models and within the probability calculations from individual weather prediction models themselves. 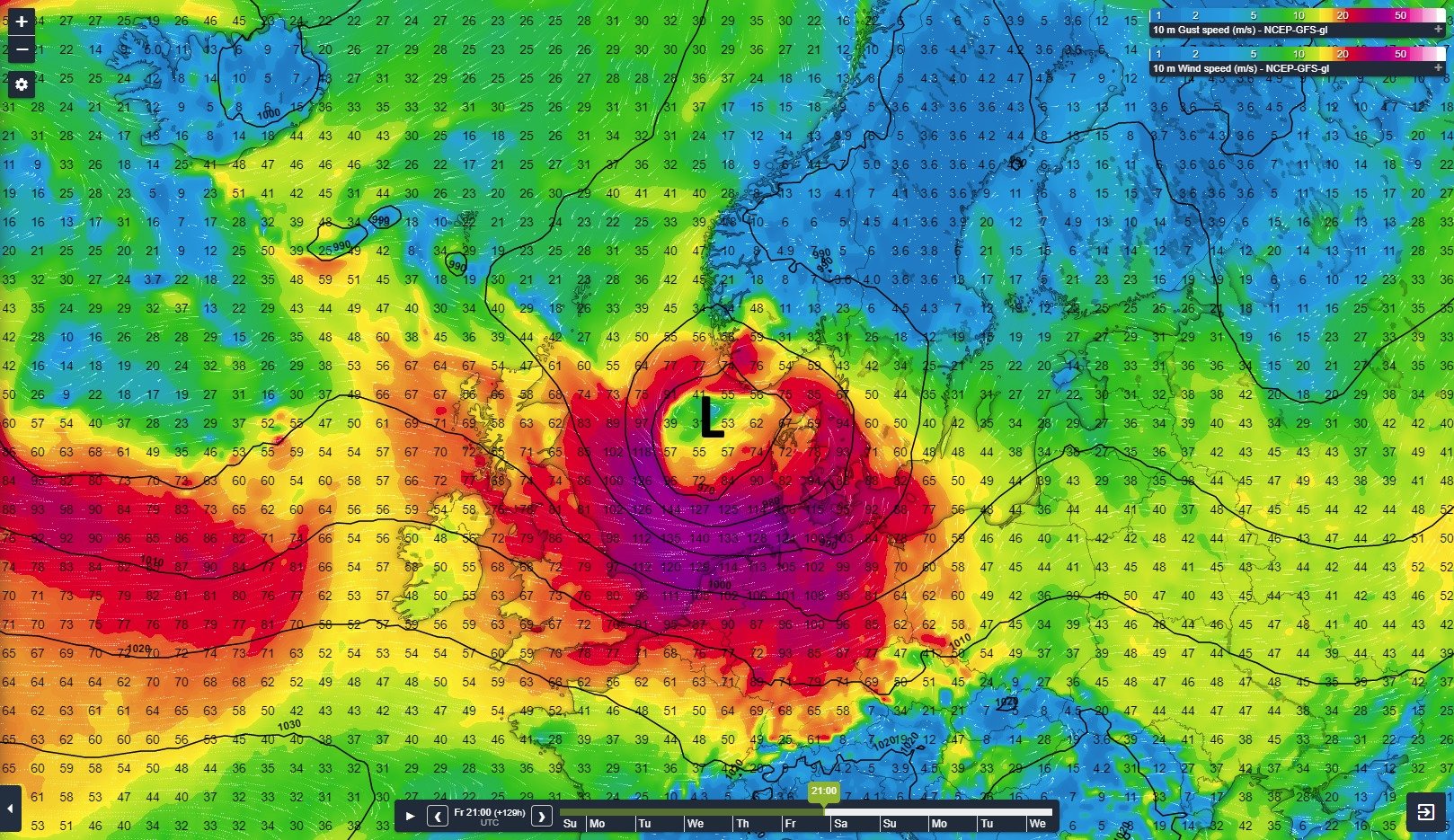 The described weather situation is potentially dangerous and could bring damage during marine operations. Associated with strong winds are high waves, which bring another dangerous aspect to the table. In addition, spring tide may significantly increase risks for coastal areas and other near shore locations within the North Sea.

Its highly recommended to carefully read our weather and wave forecasts during the coming days. We monitor the development of the situation closely to issue accurate and precise weather forecasts to keep you and your crew safe on the open sea during severe weather conditions.