How do low-pressure areas form and what effect do they have out on the open sea?

Low-pressure areas are often associated with bad weather. They are accompanied by rain, snow, strong winds and large waves. Out on the open sea, there is very little shelter to the elements compared to shelter available on land. Therefore, it’s important to understand how low-pressure areas form and how they might affect your offshore operations.

The formation of a low-pressure area

High up in the atmosphere there is a large temperature gradient between the tropics and the poles. This is the driving force of the formation of a low. As a result of this temperature gradient, a very strong wind is blowing from west to east around the earth over the northern hemisphere, also known as the jet stream. If the earth only consisted of water, this river of strong winds would be going around the earth in a perfect circle. However, there is also land on the earth and especially high mountain ridges which can slightly influence the jet stream. Small waves within the jet stream, also known as Rossby waves, often originate after the jet stream has passed over high mountain ridges. The Rocky Mountains for example are important for the formation of waves within the jet stream over the northern hemisphere. As the winds passes the peaks, small waves are generated and expand to larger waves as the wind is travelling further east. This results in acceleration and de-acceleration of air parcels within the jet stream.

When the jet stream is travelling over the Atlantic Ocean towards Europe, the wind often slows down a bit. But air parcels flowing in this river of high windspeeds, often remain at high speed slightly longer, which results in a shortage of air at that place. This is also known as divergence. It can be compared with wind that is blowing quickly over a chimney. All air is sucked out of the chimney, resulting in a pressure drop within the chimney. The same is happening on a very large scale in the atmosphere. Divergence is most of the time taking place at the left end of the jet stream. A shortage of air means low pressure; a low-pressure system has formed. The low moves out the divergence zone when it has left the jet stream and will slowly fill up again, as there is no divergence anymore.

Effect of low-pressure areas on the sea 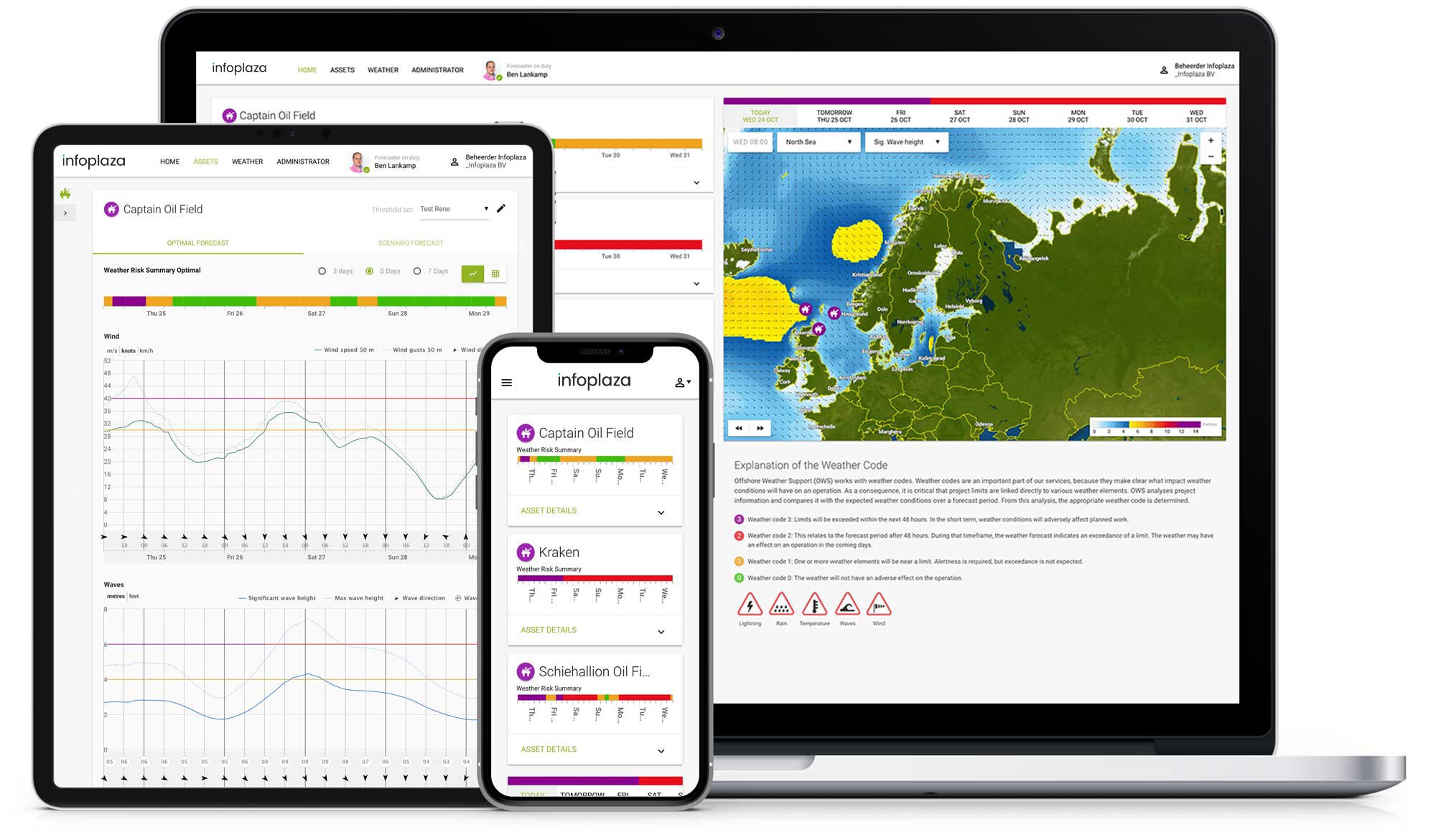 This article shows the importance of understanding weather and how it might affect marine operations, as the weather has a large impact on the behaviour of the sea. Infoplaza can provide accurate and precise wind and wave forecasts to help you minimize the effect of strong low-pressure areas on your offshore operations.